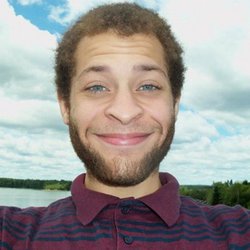 New details emerged Sunday about Chance David Baker, the young man shot and killed by a Portland police officer Saturday after a confrontation in the parking lot of the Union Station Plaza. He had been arrested on burglary charges in the past but was working to get his life together. Longtime friends said they had no idea what compelled him to publicly brandish a newly purchased pellet gun, the action that led to his death.

Police said Sunday that the officer who shot Baker was Sgt. Nicholas Goodman, who is on administrative leave pending an investigation. This is the second fatal shooting in his career. The 14-year veteran officer also killed a 48-year-old Portland man in 2008, which was ruled a justifiable homicide by then-Attorney General Steven Rowe.

An Iowa native, Baker, 22, had been homeless on and off since he was a teenager but was trying to get his life together, according to longtime friend Ariana Ahmed. He was kind and helpful to his friends, she said, and regularly escorted her and her sister along Portland streets. He was “such a gentleman,” she said.

“He used to walk my sister home and he would walk me everywhere because he thought that a girl should never walk alone at night,” Ahmed said, referring to her sister Hamdia, a University of Southern Maine student who recently made headlines for her advocacy on behalf of Portland’s immigrant community.

Witnesses at the scene said Baker seemed intoxicated. Ahmed said Baker was a “crazy drunk” but had no mental illness that she knew of.

He had shared few details about his past, she said, and was “a very private person” who shied away from social media. She knew he was not in touch with his family back in Iowa, but did not know why.

An aunt of Baker said Sunday that his family had not heard from him for six or seven years, since he left the Shenandoah, Iowa, home where he lived with his mother.

“He was a well-raised kid. That is about all I can tell you,” the aunt, who lives in Glenwood, Iowa, said in a telephone interview Sunday. She asked not to be identified. She said the family assumes that Baker was carrying some identification because police were in touch fairly soon after the shooting took place.

The fatal police shooting was justified, according to the Maine Attorney General’s Office on March 6, 2018.