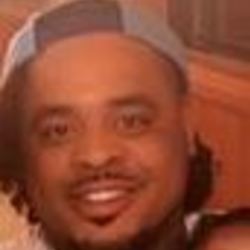 The Minneapolis man shot last week by an Amtrak police officer in downtown Chicago has died, a lawyer for the family said.

Chad Robertson, 25, died Wednesday morning at the Chicago hospital where he had been treated for a gunshot wound to the left shoulder, said attorney Douglas Hopson.

While authorities have remained silent on the incident, Robertson's relatives contend that he was unarmed and shot as he ran from police.

Robertson was on an hourlong stopover at Union Station, Chicago's main transit hub, during a Megabus trip to Minneapolis from Memphis, where he and a friend had attended a funeral, relatives said.

News of his death triggered an outpouring of grief on social media from family and friends. Robertson, who grew up on the North Side of Minneapolis and had gone to North High School, left behind two small children, relatives said.

The officers involved, whose names have not been publicized, remained on administrative leave, standard department policy. "We don't talk about pending investigations or litigations for that matter," said Marc Magliari, a spokesman for the train agency, on Wednesday.

Family members pieced together Robertson's final moments after speaking with two of his travel companions, at least one of whom was later called to testify before a grand jury weighing criminal charges against the officers, Hopson said.

He said the family is considering a wrongful-death lawsuit. In addition, a federal lawsuit has been filed on Robertson's behalf against the officer and transit agency.

Robertson and two friends had ducked into Union Station to escape the chilly night while waiting for their bus home when they were confronted by two Amtrak officers, relatives said. The officers asked them to leave the area, which was reserved for train passengers. The trio started walking back toward the bus, but returned a few minutes later after realizing that they'd forgotten a bag, relatives said.

What happened next is in dispute, but Robertson's relatives say the officers again confronted him and his friends, following them to a nearby restaurant where the shooting occurred.

Relatives said Robertson had panicked when one of his friends was being frisked and started running away from the officers, when one of them opened fire.

Chicago police, who are leading the investigation, said last week that they did not recover any weapons on Robertson, although they did find unspecified drugs and cash at the scene.