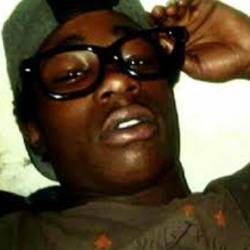 Cedrick Chatman, 17, was shot on January 7, 2013, by Officer Kevin Fry. The city of Chicago opposed release of the videos for more than three years before finally releasing them in early January 2016. The videos, embedded below, show Chatman jumping out of a car that was reported stolen, running across the street and squeezing between two parked cars as Fry's partner, Officer Lou Toth, gives chase. Chatman then hits an all-out sprint along the sidewalk toward an intersection. Toth sprints behind him. Fry draws his Sig Sauer .45-caliber handgun in the middle of the street, plants his feet near the intersection and opens fire as Chatman appears to still be running away. A wounded, unarmed Chatman lies in the street as Toth handcuffs him and places his right boot on top of him. The whole event takes about 10 seconds. Fry told investigators he feared for his partner's life and fired four shots, saying Chatman made a slight turn toward him and had an object in his hand that he believed to be a gun.

The police department recently released the video of Cedrick Chatman being shot.

June 2016 The potential settlement — which still would need to be approved by the City Council — comes less than two weeks before the lawsuit filed by the family of Cedrick Chatman was scheduled to go to trial.

Brian Coffman, the lawyer representing Chatman's family, said he could not disclose the proposed settlement amount because the deal was not finalized.