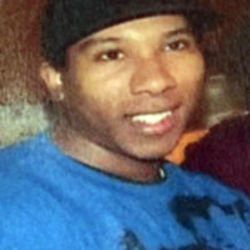 Officers say Cedric Maurice Williams, 33, was heavily armed outside of the First Community Bank. They say Williams had an AK-47, a .45 caliber pistol and a .38 caliber revolver. Williams was killed and no officers were hit. CNN affiliate WVVA reports Williams is from Bluefield, West Virginia.