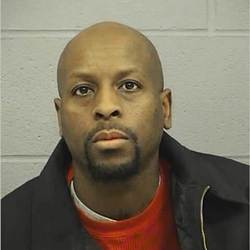 Cedric Larry Ford, 38, traveled across two Kansas towns, killing three and wounding 14 others, after he was served with a restraining order at his workplace just 90 minutes before the attack ended in bloodshed there, officials said.

According to authorities, the protection of abuse order, first filed by a live-in girlfriend earlier this month, may have triggered Cedric Larry Ford in the chaotic shooting spree in Newton and Hesston, about 30 miles north of Wichita, authorities said.

Ford was armed with an assault rifle and semi-automatic pistol as he began randomly shooting. His six-mile trail of violence lasted just 26 minutes — from when the gunman shot and injured a person at about 5 p.m. local time (6 p.m. ET) and stole a truck, until the first police officer on the scene shot him dead.