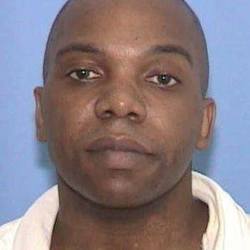 Two people are dead after a bank robbery in Eufaula Thursday morning.

It happened at the Bank of Eufaula at 102 North Main.

The Oklahoma Highway Patrol says shots were fired inside the bank during the robbery and one person was killed and another was injured.

A McIntosh County deputy told News On 6 the deceased man is Randy Peterson, the bank president.

The suspect, 39-year-old Cedric Lamont Norris, was a man dressed in women's clothing, and he entered the bank about 9 a.m. and shot and killed Peterson, the FBI said. After shooting Peterson, he approached a bank teller and demanded money, according to the FBI.

FBI Special Agent Terry Weber said Norris attempted to take a bank employee hostage as he left, but she resisted and was shot by the suspect.