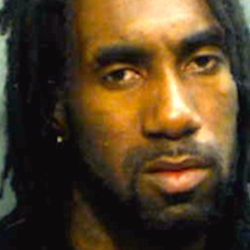 Another Florida police officer has shot an unarmed African American.

This time, the Florida officer shot and critically wounded a 28-year-old man early Monday during an investigation into a stolen car in Orlando.

Orange County Sheriff Jerry Demings had little to say about the case besides this, but witnesses claim that thevictim, Cedric Bartee, literally had his hands up, begging Sergeant Robert McCarthy not to shoot.

Bartee had his hands in the air, but in spite of this damning detail, during a press conference Monday, Demings said, “I ask everyone to not rush to judgment and allow the investigation to be completed.”

Demings said that “because of the backdrop of everything happening in the country at this time… It’s concerning to me” how people might react to this shooting of an unarmed African American with his hands literally up in the air when he was shot.

Demings came to the defense of Sergeant McCarthy, saying that he only shot Bartee because he failed to comply with police commands.

Apparently, this has now become the criterion for when police can use lethal force, even though it has no legal basis.