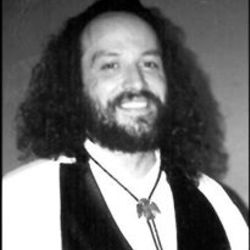 Cecil D. Lacy, 50, of the Marysville-Tulalip area, died after a struggle with officers while in police custody on September 19, 2015. Police on Monday wouldn’t specify what kinds of force officers employed before the death. His cause and manner of death remain under investigation by the Snohomish County Medical Examiner’s Office.

The incident happened around 10 p.m. in the 6400 block of Marine Drive on the Tulalip Indian Reservation. Two Tulalip Tribal Police officers and a Snohomish County Sheriff’s deputy were responding to a report of a man walking in the road. He was detained and taken into custody. Officers reported that the man started fighting with them as they tried to put him into a patrol car. The man became unresponsive during the altercation and died.

September 19th, 2016 statement by Gabe Galanda on behalf of the Lacy family.

“We with the Lacy family remain deeply saddened that our loved one’s life was interrupted late one night last September for seemingly no reason. We are also worried about other vulnerable tribal citizens and community members, who are not provided adequate mental health care and who are forced to interact with a local police force that is not properly trained on how to interact with the mentally ill.

The long and short of it is, our loved one was walking down the street, minding his own business, when he was confronted by officers who did not know how to properly interact with him. He was not under arrest, had done nothing wrong, and was not posing a danger to any of the officers. He consented to a ride home, and then, when he was thrown in the backseat and handcuffed, he changed his mind. He was still not under arrest. He was not ever under arrest.

He had every right to walk away—and, according to officers on the scene, this is exactly what he was trying to do. When interviewed after the death, Officer Gross stated that “Lacy was not trying to harm the officers and was, in effect, trying to get away from them.” Instead of letting him leave, though, the officers tased and choked him. He yelled “I can’t breath.” But the officers continued to choke him, until he died. And when he stopped breathing, the officers thought he was “faking it.”

Sadly, this is not an isolated incident. A large majority of the use-of-force incidents by police in the involve people with mental illnesses or who are impaired by drugs or alcohol. And officers often escalate incidents that stem from interactions with these folks—because they are trained to “win” conflict, but not how to avoid it. Or because they are not trained at all.

These shortcomings are particularly critical on American Indian Reservations, where the population suffers from mental illness at least 1.5 times more than the general population. Unfortunately, the lessons that the Seattle Police Department learned from the tragic John T. Williams shooting have not made it to Snohomish County. And, tragically, our loved one lost his life because of it.”

September 2016 Statement by his family