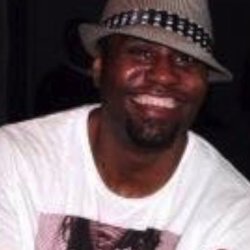 On Saturday, January 25, 2020, an unmarked Milwaukee County Sheriff's Office (MSCO) squad car crashed into the car of 47-year-old Ceasar Stinson.  The Sheriff's Office said that a deputy, Joel Streicher was headed northbound on 10th Street when the squad car collided with Stinson's vehicle as it headed westbound on State.  It was unclear who was at fault for the crash and who had the right of way.

The Sheriff's Office aid that Deputy Streicher was not responding to a call at the time of the crash; after evaluation at the hospital, the deputy was placed on administrative leave per policy.  Per policy, the Milwaukee Police Department is conducting an investigation; in addition, the MSCO is conducting an internal review.

Deputy Streicher was later charged with homicide by negligent operation of a vehicle.  Prosecutors asserted that Striecher was distracted by his squad car computer and never braked before running a red light and crashing into Stinson's car.  Deputy Streicher pleaded not guilty and waived his preliminary hearing; he was later released via a personal recognizance bond.

This is the second crash that Deputy Streicher has been involved in; the prior crash was in 2018.  In addition, Deputy Streicher pled guilty to a disorderly conduct charge after being caught in a prostitution sting in 2019.