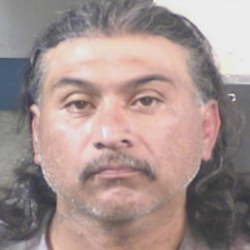 Casimero “Shane” Carlos Casillas, 45 was shot and killed after a confrontation with a Fresno police officer Monday afternoon, September 7, 2015, after a chase that ended in Tarpey Village. The Sheriff’s Office said the shooting took place after Casillas tried to elude officers when they attempted a routine traffic stop at Belmont Avenue and Fifth Street shortly after 5 p.m. Officers said Casillas drove to Clovis Avenue and Lansing Way, in the Tarpey Village area, where he ran from the car. Sheriff’s spokesman Tony Botti said officers found Casillas hiding in a backyard, holding a 2-foot-long metal pipe. (A sheriff’s sergeant had initially identified it as a 2-foot-long black PVC pipe.) He refused to surrender and ran toward a police officer with the pipe, Botti said, adding that the officer “feared for his life,” so he fired his gun and struck Casillas. He died in surgery at Community Regional Medical Center.