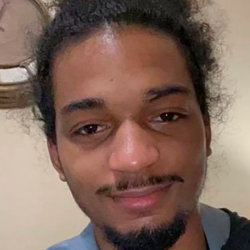 Casey Christopher Goodson Jr., 23, was shot on Friday by a Franklin County sheriff’s deputy assigned to a fugitive task force that was searching for someone else, the authorities and lawyers representing his family have said.

The coroner’s office said that an autopsy was performed on Mr. Goodson’s body on Tuesday and that Mr. Goodson died from “multiple gunshot wounds to the torso.” The office said in a statement that it was waiting for medical records and a toxicology report before issuing a final report, expected in 12 to 14 weeks.

Homicide is generally defined as any killing of one person by another. The coroner’s office declined to answer questions about how many times Mr. Goodson was shot, from which direction the bullets entered his body or what type of bullets struck him.

Mr. Goodson was returning home with sandwiches after a dentist’s appointment on Friday when he was shot in his doorway, according to lawyers for his family, who have demanded a thorough and transparent investigation of his death.

A gun was found at the scene, the Franklin County Sheriff’s Office said, citing the U.S. Marshals Service. Lawyers for Mr. Goodson’s family said that he was licensed to carry a concealed weapon, and pointed out that Ohio does not prohibit the open carrying of firearms.