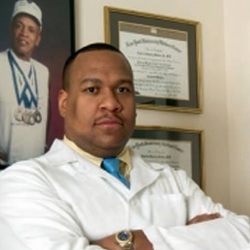 Carlumandarlo Zaramo was killed on December 6, 2015 in an altercation with police officers in Richmond Heights, Ohio. Police were called to a home on Geraldine Avenue, off of Richmond Road, at about 7 p.m. for a suicidal man with a handgun. Police Chief Gene Rowe said the man let the officers come inside the house and agreed to be taken to University Hospital Richmond Medical Center. While the man was gathering some belongings to take with him, he pulled out a gun and shot one of the officers, Rowe said. The officer was recovering after the incident according to police. The second officer returned fire, killing Zaramo, who was a researcher at the hospital until 2008.