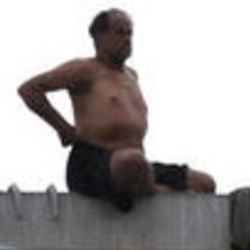 Skid row residents met Wednesday with Los Angeles police to protest the death of a mentally ill homeless man who fell off a rooftop after officers shocked him with a Taser as he attempted to avoid arrest.

The May 24 incident involving Carlos Ocana, 54, is under investigation by the police commission's inspector general as an "in-custody death," authorities said. The coroner's office listed the cause of death as blunt-force trauma to the head and said the death was accidental.

LAPD officials at the meeting, held at the James M. Wood Community Center, said they could not discuss details of the incident, but assured attendees that they were conducting a thorough, independent investigation.

Skid row residents and their supporters said police needed to change how they treat mentally ill people on skid row.