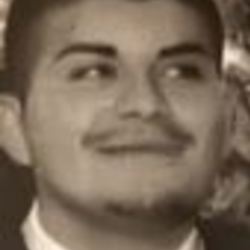 At first, the reasons given by Sheriff's Deputies Anthony Forlano and Nicolas Castellanos for opening fire on Oliva-Sola appeared to tick all the requisite boxes. The deputies claimed that Oliva-Sola apparently matched the description of someone seen carrying a gun in the vicinity; that Forlano had felt a gun in Oliva-Sola's right pocket; and that, after a struggle between Forlano and their suspect, Oliva-Sola was reaching for his gun when they opened fire.

Oliva-Sola was found unarmed where he lay dying, though the deputies allege that they recovered a gun at the spot of a prior struggle. During the hours and days that followed, however, what had first appeared to be another grim though unremarkable entry into the chronicle of Los Angeles' crime history darkened into something more troubling.

Oliva's mother, Olga Sola, said detectives did not tell her about her son's death until seven hours after the shooting. She described her son as a humble boy and said she doesn't understand why police killed him. She said her son was not affiliated to any gangs and was a good kid.

Oliva's parents say their son did not own a gun and did not deserve to be killed.

An internal investigation is underway to look into whether the shooting was justified. Oliva's parents say they plan to hire a private investigator in the case.