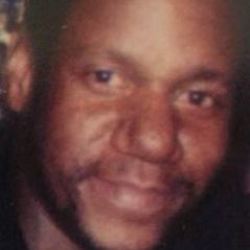 Davenport's brother, Darryl Wayne-Bagley, questioned the official account of the shooting. He said his brother was a gentle man who knew not to argue with police.

"For them to say that he grabbed a sword and charged the police is questionable," Wayne-Bagley said. "Very questionable."

Davenport's uncle said his nephew was known to some KCK police from his work as a tow-truck driver. He, too, questioned the officer's narrative, pointing out the second floor banister surrounding the stairwell would appear to have separated the officer from Davenport by a distance of more than 10 feet.

"If the officer was threatened by the banister that's surrounding him from getting to my nephew from this puddle of blood, something is wrong," said Otha Davenport. "I can't understand that."