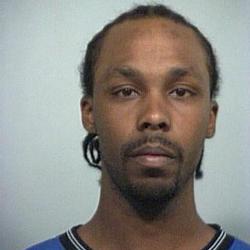 Detectives spent most of the day Sunday continuing their investigation at the Fern Creek KFC. It was closed all of Sunday and some people's back yards were taped off as part of the crime scene.

It all started in the 6600 block of Bardstown Road and ended in the back yard of a house on Beulah Church Road.

Police say a man broke out the glass window in the KFC drive-thru and made his way in around 8 a.m. Sunday.

That's when police responded to a holdup alarm and found employees bound on the ground inside the fast-food restaurant.

It hadn't opened for the day, so no customers were inside.

Police say before SWAT and hostage negotiators got on scene, the suspect took a hostage and headed southwest through some woods that backed up to homes.

The hostage was either let go or able to free themselves while the suspect was fleeing from police.

They say he fired shots at them and when they fired back, he was killed.