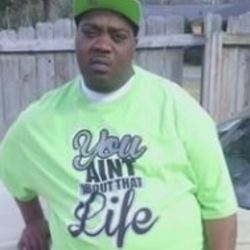 Brown’s family said they were told that he died after he was maced and handcuffed. Canton Mayor Arnel Bolden said Brown was acting irrationally and refused to get out of the car. After police got a key and unlocked it, Brown struggled, but when officer got him out of the car, he was standing, but later collapsed and fell to the ground.

“He obviously suffered some sort of medical ailment impairment,” Bolden said. “Medical personnel were called, and they attempted to revive the man, but were unsuccessful, and it is my understanding that he died at the scene. We believe he had some type of medical condition which caused him to collapse.”

Reporter Scott Simmons asked for access to the surveillance video recorded at the Best Western Hotel, but was not allowed to see it.