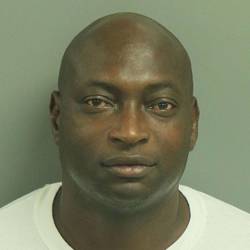 Carl Devince King, 52, died Monday September 14, 2015 morning shortly after he was arrested by police who answered a 911 call about a man “going crazy” in a residential neighborhood near Southeast Raleigh High School. Police have not provided details about how King died but say they expect to release more information on Tuesday “after interviews have been completed.” He was handcuffed then the report shows that EMS workers on scene injected King with a drug called Versed. Forty minutes of CPR failed to revive him. Jeffrey Hammerstein, chief of Community Outreach with Wake County EMS, said it not uncommon for this drug to be used in a situation like this. Neighbors and family also declined comment Monday afternoon when asked what happened. Following department protocol, Raleigh police have asked the State Bureau of Investigation to conduct an investigation of King’s death. King, a native of Goldsboro and a U.S. Army veteran, has gone through tumultuous periods since he was honorably discharged in 2011, according to state criminal records.