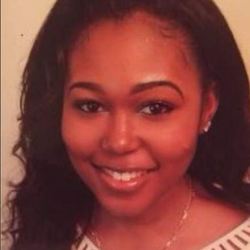 In the heart of South Beach’s entertainment district, a woman was shot dead by a police officer after causing at least one crash and then knocking a cop to the ground with her car Sunday evening.

The incident happened amid a busy holiday weekend in Miami Beach, as people dined at sidewalk cafes and beachgoers walked off the sand. For hours, several blocks of Washington Avenue were roped off with yellow tape as police investigated.

Police Chief Daniel Oates said the incident started at about 6:15 p.m., when a woman driving a black BMW westbound on 12th Street hit a Mercedes with two men inside at Collins Avenue after running a red light. An officer who was nearby on foot because he was part of additional patrols for the weekend tried to get her to stop, but she accelerated and hit him, throwing him off his feet, Oates said.

Per Miami Beach Police department policy, Miami-Dade detectives are investigating the officer-involved shooting. Late Sunday, Miami-Dade Police said there was a passenger in the BMW who was being questioned.

Miami Beach police are investigating the collisions that occurred. The officer who was struck suffered lacerations to the body and loss of consciousness, according to Miami Beach Fire. He was in stable condition and alert late Sunday, Oates said.

Tourists having dinner said it all started with an initial crash on Ocean Drive, though police have not yet confirmed the first collision. Oates said they were investigating.

Shay Davis and Monique Teller, who were visiting from Philadelphia, said they were eating dinner on the Sugar Factory’s outdoor patio on Ocean Drive when they heard a loud boom. They described seeing a car ram into the back of a work truck that had stopped for traffic.

“I don’t know what she was trying to do, but she just left the scene,” Davis said.

Witnesses said the female driver backed up and tried to leave, despite pedestrians yelling at her to stop. Witnesses also said that cops later tried to get her out of the car.

The father of a college student who was shot and killed by police after they say she ran over a Miami Beach officer is speaking out, as video showing the fatal encounter was posted on social media. Cariann Hithon, a 22-year-old Temple University student from Bowie, Maryland, was celebrating her birthday in Miami Beach when the incident unfolded Sunday night.