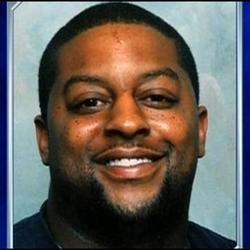 The 39-year old father of two died earlier this year after Coconut Creek Police tasered him in the parking lot of a condo complex. The information on Reid’s death is contained in the death certificate which says Reid died from complications of an electro-muscular disruption device or Taser.

It was 1 a.m. Feb. 22, 2015, when a Wynmoor resident said a "calm" and "pleasant" Reid approached him in the parking lot, with torn shirt and pants, holding his side. Although Reid asked for a ride to the hospital, the resident told the Sun Sentinel he called for an ambulance.

According to Coconut Creek police, Reid had cuts on his arms, hands and chest, and his clothing was torn and bloodstained. Police said the paramedics who responded found Reid agitated and said they couldn't deal with him. They called police, who in turn stunned Reid, officials said.

On September 3, 2015, the Reid family filed a lawsuit in Broward Circuit Court alleging wrongful death and deprivation of his civil rights.

On Novermber 10, 2016, a Broward County Grand Jury concluded there wasn't sufficient evidence to justify the filing of any criminal charge against Officers Daniel Rush, Thomas Eisenring and David Freeman in the death of Calvon "Andre" Reid.

The city of Coconut Creek and the family of a man who died after being shocked with police Tasers have reached an undisclosed settlement, records show.

The case of Calvon “Andre” Reid, who was unarmed and asking for medical help the night he was stunned 10 times by three police officers, was scheduled to go to trial in federal court in December.