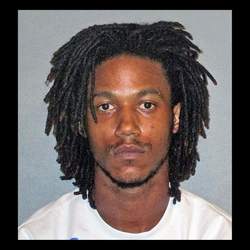 Smith has been grappling with "mental issues" and had attempted suicide before he moved from Shreveport to his native Baton Rouge. Chambers said Smith received mental health treatment last year at a hospital in Shreveport, where he had been living with a sister.

Chambers said Smith has been taking medication for his condition, and she didn't see any obvious signs of distress before the shooting.

On Saturday, February 13, 2016, 22 year old Calvin Smith as killed in a shootout with police responding to a domestic disturbance.  The officers responded to an early morning report of a domestic disturbance reported by a woman who knew Smith. When police arrived, Smith took off in a vehicle. The officers chased him for less than 2 miles. Police say Smith then jumped out of the car with a rifle and shot the officers. They returned fire and struck Smith.