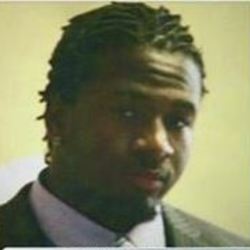 On the night of May 31, 2011, Cross had just returned home from her job at a day-care center. As she entered her house, in West Pullman, a predominately African-American, working-class neighborhood on the city’s South Side, her son, Calvin, who had just turned nineteen, and his friend Ryan Cornell, who was seventeen, were headed out to meet some girls at a nearby bus stop. Calvin and Ryan had met in the Job Corps, and Cross had agreed to let Ryan live with them since he came from a fractured family. Her son, she says, was like a mentor to Ryan. When Calvin got a job during tax season, he helped Ryan get one, too. (They dressed up as the Statue of Liberty and handed out flyers for a local accounting service.) Cross ran a tight ship. The one time her son got in trouble with the police—at fifteen, he got picked up for violating curfew—she made him sit in the police station for three hours before getting him. She was especially upset with him because he had told the police that she was out of town. She insisted that her children attend church with her. Calvin was a member of the choir and the pastor, a Chicago firefighter, was his godfather.

After Calvin and Ryan left the house, Cross put on a full-length housedress and was readying herself for bed when she heard a fusillade of bullets from somewhere nearby. A few minutes later, Ryan came to the front door, out of breath. “They’re shooting at Jack, they’re shooting at Jack,” he told Cross. Jack was Calvin’s nickname.

The next morning, Cross identified her son’s body at the morgue. Both the city’s dailies ran short, next-day articles which reported that a man had shot “several” times at three police officers, who fired back while giving chase. According to the stories, the police department’s press release stated that when the suspect abruptly turned toward the officers they shot again, killing him. Nothing more was written about the incident.

Here, though, are the facts, as established by the Chicago police, by the city’s Law Department and by the Independent Police Review Authority (I.P.R.A.), a civilian agency established in 2007 to examine police shootings and alleged police misconduct. Three police officers riding in a marked squad car came upon Calvin and Ryan walking on the sidewalk down a side street. All three officers—who belonged to the department’s Mobile Strike Force unit, which was deployed to high-crime areas and which has since been disbanded—were dressed in black uniforms, and the officer in the back seat had a military-grade assault rifle strapped to his chest. The officers said that they saw Calvin fidget with something in his waistband, leading them to believe he may have been carrying either drugs or a gun, and so they pulled to the curb, illuminated the two with a spotlight and ordered Calvin and Ryan to freeze. One of the officers yelled at them, Show me your hands. Ryan, who had been stopped by the police before, remained in place and displayed his hands. Calvin ran. Two of the officers later told investigators and testified in depositions that, as Calvin fled, he pulled a revolver from his waistband and shot at them over his shoulder. In a deposition, one officer testified that Calvin shot “more than three times.” Another recalled that “as I got closer to him, I saw Calvin Cross reach into his front waistband and he began to fire his gun … towards my direction.”

The officers continued shooting as they chased Calvin across a residential street and into a vacant lot adjacent to a church. All together, they fired forty-five rounds of ammunition. One officer fired the full twenty-eight rounds from his rifle and had shifted to his Beretta pistol when they found Calvin lying in some thick brush. The two officers who ran to the vacant lot said that Calvin, who in all likelihood was wounded at this point, refused their orders to show his hands, and so they fired again. Calvin was shot a total of five times, including what appears to have been the fatal shot, to his forehead, at the bridge of his nose. He died on the scene.