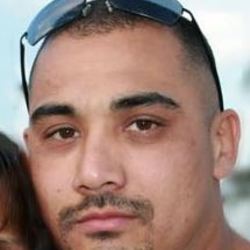 An internal investigation cleared police officers in Anaheim, California of the 2009 shooting of an unarmed motorist, but the US Court of Appeals for the Ninth Circuit last week said not so fast. A three-judge panel questioned the official version of events and said a jury should decide whether the officers were reckless.

The fatal incident was sparked by a snitch who told Anaheim detectives that Caesar Cruz was a gang member who sold meth and carried a gun. Cruz had been to jail once on a drug charge seven years previously, but Anaheim officers thought Cruz was a parolee, meaning he was subject to routine police searches.

On December 11, 2009, five officers in marked and unmarked vehicles were sent to converge on Cruz while he was in his green Chevy Suburban in a Walmart parking lot. Cruz initially tried to escape, then he stopped. He opened the door of his SUV as police with weapons drawn ordered him to get to the ground.

At this point, officers say they saw Cruz reach for the waistband of his pants. Five officers opened fire, sending twenty shots toward Cruz in the space of about three seconds. Cruz's body was found tangled in his seatbelt, unarmed. A 9mm pistol was recovered from the passenger seat.

"After a thorough review of all the facts and the applicable law in this incident, we have concluded that the evidence does not support a finding of criminal culpability on the behalf of any officers at the Anaheim Police Department," the Orange County district attorney's office concluded.

Calling what the police did an execution, Cruz's family filed a federal wrongful death lawsuit, but US District Judge Margaret M. Morrow found no reason not to believe the official account of events. The three-judge appellate panel agreed that it is always reasonable for police to open fire if a suspect is reaching for a gun, especially if the suspect had just attempted to escape. The simple question the appellate judges asked was, did Cruz reach for a gun? The panel insisted that the court cannot simply accept the "self-serving account" of events from a police officer.

Since 2009 Weekly protests for years.