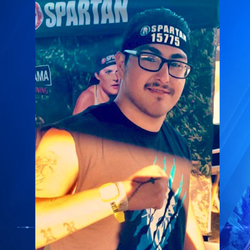 On March 21, 2020, Unified Police Department officers attempted to pull over 28-year-old Bryan Pena Valencia in Taylorsville.  Officer said that his black Cadillac matched the description of a car that left the scene of a recent shooting, but Valencia did not respond to officers.  The officer said that after a short while, Valencia took a wide turn and hit a median and then a street sign.

Valencia then exited the vehicle and ran down the sidewalk, with officer pursuing.  The officer eventually caught up with Valencia, and shot and killed him.  It is still unclear what happened in the time between Valenica exiting the vehicle and his eventual death.

Per state protocol, the Salt Lake City Police Department is investigating the case.

A GoFundMe fundraiser has been established to help Pena’s family with funeral costs.