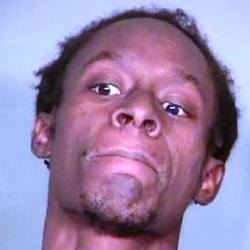 According to police, Brian Keith Day had been arrested for crimes including robbery and burglary with a deadly weapon, drug charges and two charges of battery on an officer. Officers shot and killed 36-year-old Brian Keith Day after they say he shot one of their officers in the face with a pellet gun. The officer was treated for a cut just under his eye and is doing fine. The assistant sheriff says Day was not even involved in the original call to his neighbor’s apartment. Someone there had called officers to report a home invasion and battery. Fasulo says while officers were investigating that crime, Day walked out of his apartment and was told to go back inside or leave the area because it was an active crime scene. Day went back in to his apartment and emerged a short time later with what officers thought was a handgun in his waistband, according to Fasulo.

"He lifts up the shirt, puts a hand on the gun and pulls it out very quickly and points it right at McIntyre and that's when he's shot in the face. I mean, it's a split second," Fasulo said. Officer Keith McIntyre was shot in the face by a pellet and twice in the chest. McIntyre and fellow officers John Squeo and Chris Gowens opened fire. Fasulo says Day fell to the ground in a seated position and as McIntyre was retreating, he once again raised his weapon.Officers opened fire on Day a total of three times. Day died at the scene. Metro is looking in to whether mental illness played a role in Day's actions leading up to the shooting. This is the sixth officer involved shooting this year for Metro.

All three officers involved in the shooting have been placed on paid administrative leave pending the results of an internal investigation.