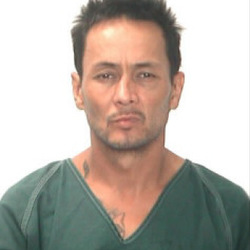 A manhunt in Chinatown, Honolulu in the morning of Tuesday May 12 ended with the shooting death of the suspect. The incident occurred at around 11:35 a.m. at a municipal parking garage on Nuuanu Avenue. The U.S. Marshals office identified the man as Bruce Zalonka, 46, who was featured on KHON2 as one of “Hawaii’s Most Wanted” suspects in 2013. Zalonka has 60 prior arrests and received 15 convictions in the past five years, including theft, drugs and driving a stolen car. Authorities said a warrant was issued for violations of supervised release for possession of firearms and ammunition, place to keep of a pistol and resisting arrest.