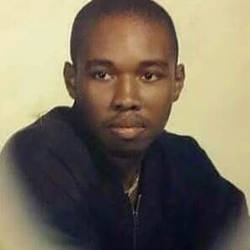 Police killed Bruce Kelley Jr. after he fatally stabbed a police dog in an altercation with police. Port Authority of Allegheny County police contend Bruce Kelley Jr. and his father, Bruce Kelley Sr., 60, were drinking alcohol Sunday in a busway gazebo in Wilkinsburg before they fought with officers, who sent a K-9 after the younger man.

Police caught up with Kelley Jr. and ordered him to stop, but he refused.

Officers then fired their stun guns at Kelley Jr., but due to his thick coat, it had no effect.Aren was then released on Kelley Jr., according to officials. Twelve shots were then fired at Bruce Kelley Jr.

Pittsburghers for Public Transit is deeply concerned and upset about the killing of Bruce Kelley, Jr. by Port Authority police. Our thoughts are with his family and friends at this difficult time. We are also deeply concerned about the use of the police dog on a person, both in this instance and in all instances.

We understand the District Attorney, Steven Zappala, is leading an investigation into whether or not the use of deadly force was justified. We also think the investigation should include whether or not the use of the police dog was justified. We agree with the hundreds of residents, including some journalists, who contend that the Port Authority police should have taken different steps to handle this situation. And each of these officers should be better trained to interact with individuals who suffer from mental illness.

Using police dogs to attack people, given the history of the practice—particularly against African Americans—and unpredictability of the outcomes, should never be an option for the police.  The practice is inhumane for both the dog and the person being attacked. It is illogical to expect a person not to defend oneself when being mauled by a dog. Releasing the dog puts both the dog and the person in harm’s way.

The death of Bruce Kelley, Jr is part of a national pattern where individuals, and disproportionately African Americans, Latinos, and Native Americans, are killed in encounters with the police, where their death was clearly avoidable. We expect the Port Authority police to undergo training that addresses the impact of implicit bias on police behavior. This concern also came up in response to the Wood St T station arrests on December 16, 2015.

“It’s a sad day when we live in a society when an animal can override a human life.” The Black Political EmpowermentProject says neither life should have been lost and the situation handled better.

Bruce Kelley Sr., was released, March 3, by Wilkinsburg magistrate Kim M. Hoots, to his relatives in Washington, Pa., with the condition that he attends a Veteran Administration Alcoholic Treatment Program, said Community Activist Dell Vann in an email to the Courier.

Announced 3 March 2016 Federal Court Civil Rights lawsuit will soon be filed.  Lawyers plan on filing a civil rights lawsuit against Port Authority claiming excessive force by officers who physically fought him, fired stun guns, set a dog on him then shot and killed him.

Attorneys for the family filed a lawsuit on December 11, 2017 on behalf of Kelley's family members, alleging officers engaged in an “objectively unreasonable” use of force during the confrontation. The lawsuit, filed in U.S. District Court in Pittsburgh, names the Allegheny County Port Authority police, Sgt. Brian O’Malley, Officer Dominic Rivotti, Chief Matthew Porter, three other “John Doe” members of the department – two officers and one supervisor – and the county itself as defendants.

In September, 2019, a federal appellate court ruled that a Pittsburgh judge was wrong to toss out the complaint filed by the family of Kelley.