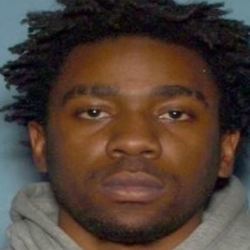 A 21-year-old man was shot to death during a struggle with police as he was attempting to leave the business he had allegedly just robbed after holding several employees hostage in Chamblee. And police said he committed similar armed robberies in several other counties.

The deceased suspect was identified Wednesday as Broderick Lyndon Johnson, according to Chamblee police. Investigators said he was a suspect in several other similar hostage/armed robberies in DeKalb, Fulton, Gwinnett and Rockdale counties.

The incident happened shortly before midnight Monday at the AutoZone at 4863 Buford Hwy. near Chamblee Tucker Road, police spokesman Capt. Ernesto Ford said. Officers responded to the scene after getting a report of an armed robbery in progress at the business. They were also told several hostages were being held at the location, Ford said.