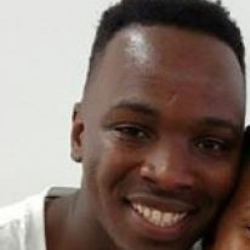 The man killed in a shootout with police Sunday morning in West Milford has been identified as a 21-year-old from Columbus, Ohio.

That occurred after an alleged armed carjacking in Columbus, Ohio, launched a multi-state effort to locate the stolen vehicle and suspect. The vehicle was detected by a license plate reader on Interstate 79, police have said.

Harrison County deputies awaited the vehicle early Sunday morning and attempted to pull it over near the Stonewood/Nutter Fort exit. After first appearing to be responding to police directives, the car, with four suspects inside, sped off.

Deputies pursued the vehicle to the Lost Creek exit and across W.Va. 270 into West Milford, where the suspects wrecked the vehicle and fled on foot.

Ziro is said to have approached law enforcement on the West Milford bridge, firing a 9 mm pistol in their direction.

Sunday’s pursuit and shooting has drawn the attention of several law enforcement agencies, including the FBI. Newspapers in Ohio have reported that Ziro was being investigated as a possible suspect in a bank robbery in Massillon, Ohio, last Thursday morning.

He also is the prime suspect in the carjacking of the vehicle, which eventually prompted Sunday’s massive manhunt.

Local, Ohio and federal agencies are also investigating whether the three remaining suspects were involved in either the bank robbery or the carjacking.