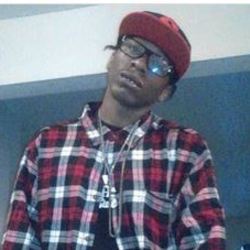 Oklahoma City Police are investigating a fatal officer-involved shooting outside a concert Thursday night near S.W. 2nd Street and Klein.

Off-duty officers were working security at Chicago-based rapper Chief Keef's concert at the Oklahoma City Farmer's Market near downtown. They were patrolling the parking lot when they saw a man who was either passed out or sleeping in a vehicle in the parking lot.

The officers approached the man, later identified as 24-year-old Brian Simms Jr. of Olathe, Kansas, and noticed he had a weapon. They then shouted commands at Simms, but say he refused to obey. That's when one of the officers fired his gun, hitting and killing Simms.

Nelson says Galyon and another officer were working off-duty outside the concert venue when they saw a man who appeared to be unconscious in a car.