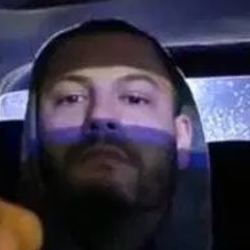 On Sunday evening Interstate 494 was shut down by community members protesting Brian Quinones’ death at the hands of police. Hundreds attended an emotional vigil at the site where Quinones was shot and killed a night earlier. Mothers, children, elders, and neighbors marched onto the interstate and took space for over half an hour. No arrests were made.

Unicorn Riot was live during the vigil and the entirety of the interstate shutdown.

Mrs. Armstrong spoke about the widely-held distrust of police investigatory bodies which overwhelmingly clear officers involved in shootings. She said “agencies that rubber-stamp the behavior of killer cops” are “not credible when it comes to investigating a police shooting case.”

“We wanna know who did this. We wanna know their background and their track record, to shoot and kill somebody within 14 seconds of encountering them.” — Nekima Levy Armstrong

The Hennepin County Sheriff’s Office named officers Nicholas Pederson and Benjamin Wenande of the Edina Police Department, and officers Dylan Carroll, Dylan Schultz and Macabe Stariha of the Richfield Police Department as those involved with the Sept. 7 incident that left 30-year-old Brian Quinones dead. Each officer has been placed on standard paid administrative leave.