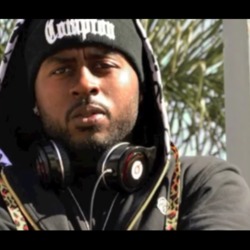 26-year-old Brian Pickett of Los Angeles stopped breathing and was taken to an area hospital, where he was pronounced dead, after being shocked by a deputy’s Taser, police officials say. Pickett’s mother had called deputies about 9:20 p.m. Tuesday, to report that her son was under the influence and had made threats on her life, police say. Deputies went to a home in the 1600 block of East 123rd Street and approached Pickett. Pickett’s mother told deputies that he was refusing to leave, police say. Authorities say Pickett become “agitated and hostile” when he saw deputies and charged at them. Police say a deputy used his Taser to subdue Pickett, who was then handcuffed. Paramedics arrived at the scene and took Pickett, who was not breathing, to a hospital where he was pronounced dead on arrival. Police made no mention of how many times Pickett was tased or if an investigation into the incident has been launched. Requests made by Police State Daily to the Los Angeles County Sheriff’s Department for comment were not returned.