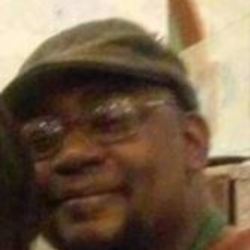 An hours-long standoff with a man claiming to have explosives inside a bank on Windy Hill Road ended Friday afternoon after an officer shot and killed him, according to Cobb Police officials.

The suspect, who had an unidentified number of employees and customers in Wells Fargo Bank as hostages at the height of the standoff, has been identified as Brian Easley, 33. Police were first notified of the situation about 9:30 a.m. Friday, with Easley telling police he had a “quantity of explosives on his person,” Cobb Police Chief Michael Register said.

After about three hours of negotiations, law enforcement was able to get Easley to release all but two hostages — two female employees of the bank — with officers getting them away from the suspect during a “window of opportunity,” Register said.

The Associated Press reported that two people were freed shortly after a military-type vehicle smashed its way through the wall, raining bricks onto its hood, though it was not clear if they escaped through the wall opening. Several heavily armed police officers had converged on the bank earlier in the day.

“At one point, we felt we could help the hostages extract themselves from the bank. We had a SWAT team, tactical team, move up on the bank to help get the hostages out. During the extraction process, contact was made with the suspect, and it appears that the suspect is deceased,” Register announced to the media about 1:45 p.m., with police later revealing Easley had been found dead just before Register’s remarks began.

Register said a member of his department’s tactical team may have been the one who shot the suspect, but neither he nor other Cobb Police officials confirmed the circumstances of Easley’s death Friday.