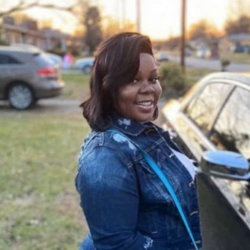 Breonna Taylor, 26, an EMT and aspiring nurse in Louisville, Kentucky, was shot eight times by police after they barged into her home in the middle of the night in March, in what her family is calling a botched drug-warrant execution. No drugs were found. And according to a lawsuit filed by Taylor’s family, the warrant in question targeted another person, who had already been detained by the time police entered Taylor’s home.

Taylor and her boyfriend, Kenneth Walker, were sleeping inside their Springfield Drive apartment on March 13 when officers with the Louisville Metro Police Department attempted to execute a "no-knock" search warrant.

Attorneys for the family of Breonna Taylor have filed motions in her wrongful death lawsuit to hold city employees in contempt for failing to turn over records related to her March 13 shooting death by Louisville Metro Police officers.

June 2020 officer who murdered Breonna Taylor to be fired

June 2020 One dead and one person injured when shots fired into a protest camping siteOn June 29, 2020, Louisville Metro Council announced its intention to launch an investigation into how Mayor Greg Fischer's administration handled the fatal police shooting of Breonna Taylor.

On July 8, 2020, video from a neighbor's cellphone was released showing the arrest of Taylor's boyfriend.

July 2020 Prosecutors drop felony charges against 87 protestors arrested at the house of the state Attorney General. No charges have yet been filed against officers for the murder of Breonna Taylor.

In September 2020, Kenneth Walker, the boyfriend of slain Louisville EMT Breonna Taylor, filed a lawsuit claiming false arrest the night police officers killed her, and he is also claiming that his bullet was not the one that injured one of the officers.

In September 2020, reported that the Kentucky attorney general was preparing to present evidence from the fatal police shooting of Breonna Taylor to a grand jury, according to two sources familiar with the matter.

On September 15, 2020, the city of Louisville announced a $12 million settlement with the family of Breonna Taylor and a number of changes in how local officers obtain and execute search warrants, among the largest payouts for a police killing in the nation’s history, according to a Taylor family attorney.

On September 23, 2020, the Louisville grand jury brought no charges against Louisville police for the killing of Breonna Taylor during a drug raid gone wrong, with prosecutors saying Wednesday that two officers who fired their weapons at the Black woman were justified in using force to protect themselves.

On September 27, 2020, Kentucky's attorney general promised to release recordings from the grand jury proceedings in the Breonna Taylor investigation on Wednesday, according to multiple media reports.

On October 20, 2020, a Kentucky judge granted grand jurors in the Breonna Taylor case permission to speak publicly, a rare move that immediately led one juror to assert that prosecutors had not given the panel the opportunity to bring homicide charges in the case.

According to the anonymous juror, the grand jury’s only charges were three counts of wanton endangerment against a former detective, Brett Hankison, who shot into a neighboring apartment but did not fire any of the rounds that struck Ms. Taylor.

In March 2022, ex-officer Brett Hankison was found not guilty of endangering Breonna Taylor's neighbors in the raid that killed her.

In August 2022, more than two years after police officers killed Breonna Taylor during a late-night raid of her apartment in Louisville, Ky., the Justice Department announced a series of federal charges against four of the officers involved in the operation.

Over the Fourth of July weekend, in 2020, 630 miles from Louisville, Future History Now organized a large group of artists and youth volunteers to paint a mural in Taylor's honor. The 7,000-square-foot portrait of Breonna Taylor was painted on a basketball court in a historically Black neighborhood of Annapolis, Maryland.