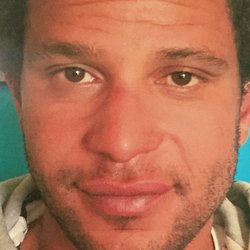 Los Angeles Police Chief Charlie Beck said Wednesday he has yet to see evidence that would justify one of his officers killing an unarmed homeless man in Venice Beach Tuesday. Beck cautioned that his department's investigation was just underway but told reporters he was 'very concerned' by the deadly shooting that occurred as an officer struggled with the man on a block lined with bars and restaurants.

It was reported on JAnuary 11, 2016 that Los Angeles Police Chief Charlie Beck recommended criminal charges against the officer who killed Glenn. LAPD investigators concluded that Brendon Glenn was on his stomach, attempting to push himself off the ground, when Officer Clifford Proctor stepped back and fired twice, hitting the 29-year-old in the back, Beck told The Times.

The civilian oversight board concluded that Officer Clifford Proctor violated department policy when he fatally shot 29-year-old Brendon Glenn in May 2015 in Venice, according to a Los Angeles Times report.

Despite the officer's claim that Glenn grabbed another officer’s holster, security video footage reportedly helped convince the commission that Proctor’s account of what happened was not accurate.

The report says the LAPD has not released the security camera video. Glenn was one of 36 people shot by on-duty LAPD officers last year. Twenty-one were killed, according to the Times report.

Mr. Glenn was shot in the back during last year's confrontation with two officers. Officer Proctor explained his decision to use lethal force by telling investigators he believed the man was trying to grab his partner’s gun during a struggle.

“I saw … his hand on my partner’s holster,” Proctor said.

But video from a security camera at a nearby bar on the Venice boardwalk tells a different story, according to an LAPD report made public Tuesday

The Times report here says footage from the camera did not show Brendon Glenn’s hand on or near any portion of the holster and that Proctor’s partner never made “any statements or actions” suggesting Glenn was trying to take the gun.

On April 14, 2016, it was reported that the police commission ruled that the police shooting of Glenn was unjustified, citing video evidence that contradicted the officer's reports of why shots had to be fired during the altercation.

On March 8, Los Angeles County District Attorney Jackie Lacey declined to file criminal charges against the former LAPD officer who fatally shot Glenn — despite a recommendation from Chief Charlie Beck that she do so.