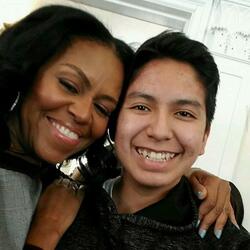 On August 12, 2021, 21-year-old Brendon T. Galbreath was shot and killed during an altercation with a police officer after allegedly fleeing a traffic stop.  According to the Missoula Police Department (MPD), an officer stopped Galbreath's vehicle early that morning, believing that he was under the influence.  MPD said that Galbreath instead accelerated and attempted to flee.  MPD officers pursued Galbreath through downtown Missoula, claiming that he posed a public safety risk by driving at high speed and failing to stop for red lights.

In a statement, MPD said that when the pursuit ended, Galbreath fired a handgun and the officer returned fire.  In a police recording obtained by The Associated Press, a police officer can be heard saying the victim shot himself in addition to an officer firing their weapon. Galbreath was taken to a nearby hospital where he passed away.  According to Emilee Cantrell, an MPD spokesperson, a firearm was recovered at the scene.  MPD initially declined to confirm or deny whether Galbreath was shot by the officer firing.

The Montana Department of Justice's Division of Criminal Investigation is investigated the shooting and released an initial assessment of their findings on August 16, 2021.  Their findings conclude that Galbreath died by suicide - that Galbreath was raising a handgun but it discharged in the car.  The officer, believing he was being shot at, returned fire.  Dash cam video indicated that Galbreath then shot himself and ultimately died from that gunshot; the shot fired by the officer only struck the car, and th bullet was reportedly recovered at the scene.

Once the investigation is complete, the Division of Criminal Investigation will turn over its findings to the Missoula County attorney.  The name of the officer involved has not been released.

Galbreath's family has publically stated that the statements they received from law enforcement officials after his death do not match with the information publically released by the Missoula Police Department about his death.  The family also claims that Galbreath had an aversion to guns, and that it is hard to imagine he had one or knew how to use it.