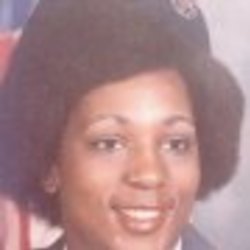 Air Force Veteran suffering from schizophrenia. The call came from Ms. Williams’ mother’s home, just down the street from where Ms. Williams lived, and police obtained information from people before going to check on Ms. Williams. According to Chief Elliott “the officers were told Ms. Williams was ‘acting disorderly in her own home’ before they went to her apartment.” The police were going to cite her for disorderly conduct and were in the process of citing the naked, mentally ill woman who did not invite the police to her home and whose paranoia was probably off the charts as she stood naked surrounded by police. Ms. Williams was allowed to go into the kitchen and when she emerged from her kitchen holding a knife with a wooden handle. Within seconds, as the 52-year-old woman ignored commands to drop the weapon as she moved toward one of the officers, three of them fired, fatally wounding Williams who had been shot five times, including two lethal wounds to her abdomen and another potentially fatal wound that severed the femoral artery in her right leg. She had a sixth wound from falling on the knife. Cpl. Robert Stanek, who was the supervisor at the scene, Officer James Smith, who had had previous contact with Williams, Officers Jason Knoch and Eric Jordan. Murdered by Scranton PD