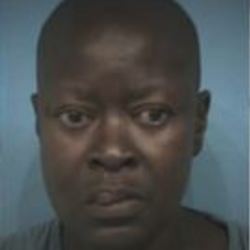 A female inmate at the Williamson County Jail died in her cell early Thursday morning.

Brenda Marie Reynolds, 56, was alone in a single cell when an inmate trustee noticed she had stopped snoring at around 1:23 a.m, according to the county sheriff.

A corrections officer was notified and immediately began life saving procedures, including chest compressions and the application of an AED.

EMS were also notified and continued lifesaving procedures when they arrived. She was pronounced dead at 2:01 a.m.

Reynolds was arrested and charged with public intoxication on Tuesday, Sept. 29 by Round Rock police. The Sheriff says the cause of death is currently undetermined, but it appears to be a natural death.

A justice of the peace will announce the official cause of death once the autopsy and toxicology results are completed.

Reynolds had no local address. Her family, located out of state, has been notified.