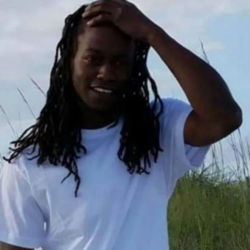 Brandon Lovell Webster 28, of Shallotte, was shot and killed by N.C. Highway State Trooper Scott A. Collins on New Year’s Day of 2019.

The shooting happened during a traffic stop in the parking lot of the Civitown Mini Mart. A video released by a bystander showed Trooper Collins on the side of Mr. Webster’s vehicle when he fired his weapon at Webster.

Laura Brewer with The Department of Justice told The North Carolina Beat that they received the case on Jan. 28 because of a conflict of interest with the district attorney’s office.

We have confirmed that Collin’s mother works for Jon David, the district attorney that would be responsible for filing charges against the trooper. Sources have also told us that David has been periodically checking the status of the case. We find that strange being that he is no longer involved due to his conflict of interest.

Prosecutor determines no charges are necessary.