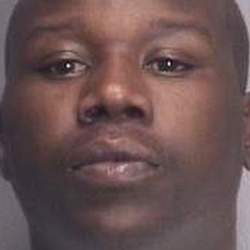 Wilmington Police Chief Ralph Evangelous said he made an "error" in the handling of an officer-involved shooting investigation that continues to draw scrutiny in parts of the community.

One of those incidents involved the shooting of New Hanover County Detective Mike Spencer in October 2013 inside city limits in the Creekwood community. Three days later, deputies shot and killed the suspect, Brandon Smith, after a chase. An investigation from the SBI cleared those officers involved. However, the family of Smith continues to search for answers in the shooting death.

Thursday, Chief Evangelous said his department erred in allowing the sheriff's department to investigate a shooting of one of its own deputies.

"Do not hand off that investigation, ok," Chief Ralph Evangelous said. "If it's your officer, hand it off to someone else. I just think it's the smart way to do business. And I made, I made, an error. I should have insisted we handle that investigation. What happened was two or three days later they confronted this suspect and he was shot and killed and a lot of controversy about that - that shooting and that killing that's been brewing in some parts of the community."