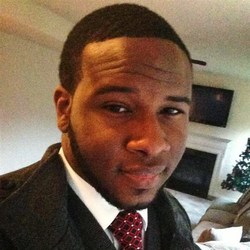 Botham Shem Jean was killed late Thursday when a Dallas police officer returning home from her shift entered the wrong apartment in her building and eventually opened fire, authorities said.

Details surrounding the death of Jean, a 26-year-old native of the Caribbean island of St. Lucia, were not immediately available early Friday.

His mother, Allie Jean, said in a phone interview that his family was stunned to learn of his death.

Dallas police in a statement said that preliminary information suggests the officer involved called for help, and told responding officers that "she entered the victim's apartment believing that it was her own."

The incident began just before 10 p.m. CT (11 p.m. ET) at the South Side Flats, an upscale apartment complex directly south of Dallas' downtown.

During the encounter, the officer was in full uniform and "fired her weapon striking the victim," police said.

Jean was taken to the hospital and died. The Dallas County Medical Examiner later released his identity.

September 2018 Review of what is known so far. Noise complaint and execution of Botham Jean.

September 2018 Smear and character assassination of dead person. Raiding the victim's home instead of perpetrator's home.

September 2018 Merritt, an attorney for the Jean family, said the Dallas Police Department tainted the investigation before handing it off to the Texas Rangers.

September 2018 This Is Why We Say BLACK LIVES MATTER. Stop The Smearing.

September 2018 Bail for murderer but no bail for protestors speaking out about the murder.

November 2018 Today is an important day for Dallas and the nation. The Grand Jury will choose whether or not to indict officer #AmberGuyger for the murder of #BothamJean in his own apartment living room.

September 2019 Trial of killer cop due to begin

During opening statements in Guyger’s murder trial, prosecutors offered a reason for her failure to notice she was at the wrong apartment: She was distracted by the sexually explicit conversation she had been having with her partner on the police force, Martin Rivera.

September 2018 Crazy video. Dallas Police firing deterrent rounds during a peaceful protest of the handling of the murder of Botham Jean last night. This is crazy - the police had no right to fire anything at these peaceful protesters.

September 2018 I-30 near Dallas shutdown