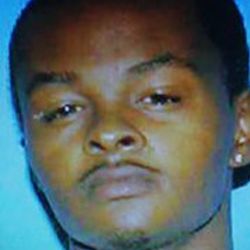 27-year-old Bobby R. Anderson was shot and killed Tuesday as a task force tried to take him into custody, according to police. Members of a U.S. Marshals Violent Offender Task Force were trying to serve Anderson around 3 p.m. with warrants charging him with two counts of attempted second-degree murder, burglary, two counts of forgery, unauthorized use of a motor vehicle and misrepresentation during booking. The warrants were from both Alexandria police and the Rapides Parish Sheriff's Office. Both departments had members on the task force. According to police, Anderson was reportedly armed and threatened officers as they were attempting to take him into custody, resulting in a Task Force Member discharging his duty weapon.