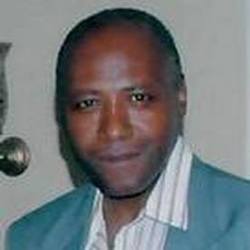 Billy Ray Davis, 61, died in police custody after he was loaded into an ambulance Saturday, July 18, 2015. Houston police said a man appeared to be injured when he began acting erratically and became destructive at a Phillips 66 gas station. HPD said the officer who first confronted the man didn't put his hands on him. The officer entered the gas station to buy a bottle of water when he noticed a strange man walking in bleeding from the head and mouth. Authorities said the officer approached the man and offered to get him some help for his bleeding. But officials said the man became aggressive and responded by trying to attack the officer. Police eventually detained Davis. Paramedics soon came out to the store to take the man to the hospital. Davis became unconscious in during trip and was pronounced dead at St. Joseph's Hospital.

The police department said it is reviewing surveillance video of the man inside the store, but it will not be released because it is part of an internal affairs investigation.