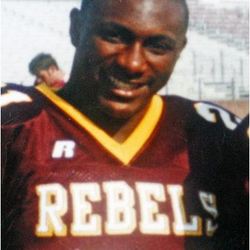 After being pulled over for allegedly running a stop sign and a red light on Mississippi 26, the star running back died of a gunshot wound to the head. It was initially ruled a suicide.

Deputy Joe Sullivan, who is white, initiated the stop. Johnson was Black and in an on-again, off-again relationship with a white girl at the time.

Prior to the traffic stop, Johnson had stopped by the girl’s father’s home after he left for work, knocked on the door and window, but got no answer and left. The girl saw Johnson leaving in his truck and called her mother to say she wanted to sign charges against Johnson for burglary.

According to the sheriff's department, he left the scene and ran a red light at 5:34 a.m. After a 1½-mile pursuit, Billey Joe got out of his truck, met sheriff's deputy Joe Sullivan and handed over his license. Then Billey Joe returned to his truck, put a 12-gauge shotgun he used to target deer to his head and committed suicide. It was 5:40 a.m.

Sullivan's patrol car was not equipped with a camera, and his is the only account of the event. Billey Joe's friends and family don't believe the story.

In the fall of 2021, Reveal News did an in-depth investigative report examining the case of Billy Joe Johnson, entitled The Ballad of Billey Joe and including links to the actual case files.