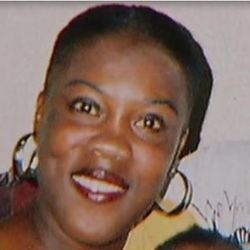 Dallas police said they are investigating the speed of a Dallas police officer who struck and killed a pedestrian Sunday morning.

Beverly Kirk, 43, stepped onto the 9900 block of Bruton Road at about 3 a.m., just after an ambulance that was responding to a disturbance call with lights and sirens on passed her.

Kirk walked into the path of Officer Bryan Crenshaw's marked patrol car, which struck her on the left front side of the cruiser.

Investigators said Kirk, who was pronounced dead at the scene by a Dallas County Medical Examiner's Office field agent, failed to yield the right of way to the police car.

Crenshaw, who was responding to the same call as the ambulance, was not running lights and sirens. The police department said it was in accordance with department policy for a Code 3 response.

However, after 10-year-old Cole Berardi was struck and killed by a Dallas police officer responding to a disturbance call without lights and sirens in 2008, then-Police Chief David Kunkle required officers to use lights and sirens whenever they are driving faster than the speed limit.

Investigators with the department said accident investigators are in the process of gathering data from the police car to determine the officer's speed at the time of the crash.

Investigators are also waiting for toxicology reports on the victim.

Kirk's family said they want to know if the accident could have been avoided.

"We had our ups and downs, but we loved each other; we did," said Kirk's mother, Mary Hamilton.

"It's just sad that her life had to end in tragedy like this," said her brother, Reginald Kirk.

Crenshaw, who works out of the Southeast Patrol Division, was placed on temporary administrative leave. He has been with the Dallas Police Department since 2008.