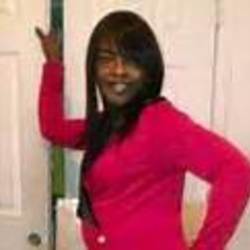 The Chicago Police Department was under fire again Saturday after cops responding to a domestic disturbance call fatally shot a 19-year-old college student and accidentally killed a 55-year-old mother of five.

Officers were summoned to the West Garfield Park home about 4:20 a.m. after Quintonio LeGrier, 19, started threatening his father with a bat, neighbors and relatives said.

The fatal confrontation that ensued claimed the lives of LeGrier and Bettie Jones, who lived on the ground-floor apartment of his father’s two-story home, authorities said.

Chicago police initially released few details on the shooting, saying only that an officer opened fire after they were “confronted by a combative subject.”

But late Saturday, the department admitted that Jones was struck by a bullet meant for LeGrier. LeGrier’s father told reporters he had called the police and then Jones — warning her not to open her door until the officers showed up.

Once cops arrived, Antontio LeGrier said, he started heading downstairs when he heard the crack of gunfire.

By the time he made it to the ground floor, his son and Jones were lying motionless in the foyer.

“In my opinion, he knew he had messed up. It was senseless,” Antonio LeGrier, 47, told the Chicago Sun-Times.

February 2017 No charges for killer cop

In September 2018, a Chicago City Council committee approved a $16 million payment for the family of Jones.