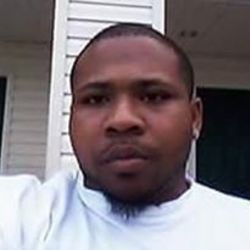 Bernard Brandon Powers, 23, died of multiple gunshot wounds in an exchange of gun fire with Greenville County deputies. The Greenville County Sheriff's Office earlier said that deputies obtained a warrant to search a building, where according to neighbors, locals gather to cook out, watch football and play pool.which was occupied by a large group of people. While executing the search warrant, deputies said a Powers ran from the building and opened fire on deputies. One deputy was grazed by two bullets and officers returned fire, according to the sheriff's office. The S.C. Law Enforcement Division is investigating the shooting, as well as the Greenville County Sheriff's Office. The deputy that was grazed by the bullet wasn't injured, according to the sheriff's office.