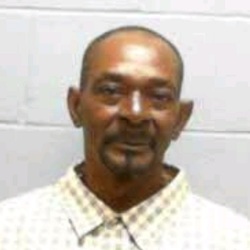 An Opelika police officer shot and killed Bennie Lee Tignor, 56 after a low-speed car chase and a struggle Saturday, Oct. 31. Greer was not injured in the incident and has been put on administrative leave. Greer first spotted Tignor driving east on Williamson Avenue and followed him, according to police. They continued onto Marvyn Parkway. Greer attempted to stop Tignor while they were driving on Crawford Road by turning on his lights and siren. When Tignor refused to pull over, a short "chase" ensued. Tignor drove home to the 400 block of Comanchee Drive, never exceeding 30 mph. The shooting occurred at approximately 11:50 p.m., after an altercation, according to McEachern. Greer and Tignor were approximately 10-15 feet away when the shooting occurred.

According to police, "At some point during the struggle, Mr. Tignor brandished a small-caliber pistol. Officer Greer, fearing for his safety, drew his department-issued weapon and fired multiple rounds at Mr. Tignor." Tignor was transported to the East Alabama Medical Center, where he was pronounced dead at 12:32 a.m. Sunday, Nov. 1. Police said there is dash cam video of the incident, but it's up to the State Bureau of Investigation to decide if it will be released. Bernard Tignor, brother of Bennie Lee Tignor, said his brother did not own a gun and had not owned one for five years. Bernard said a neighbor had recorded video of the incident. He said his family is "pursuing this issue" with an attorney but had not given the video to them.

In Janaury, 2016, a grand jury cleared Greer in the killing of Tignor.