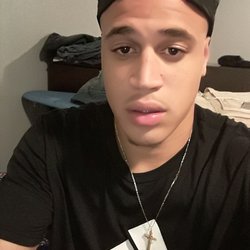 Investigators say a Tacoma police officer shot and killed 24-year-old Bennie Branch during a traffic stop at about 2:40 a.m.

Branch's mother Brendelin, says she was driving the car.

She says her son was lying on the ground when police discovered a gun in his back waistband. She says it was an orange and black BB gun.

"And while they were kicking it out of the way, he got up because he was scared and then the cop went, pow, pow, pow, shot him."

Eyewitness Cassandra Foster posted video of what she saw.

"This is the man's body that got killed right up the street from my house. This is his car and this is the police car that pulled him over. If he's running away why (expletive) is he getting killed way up here?"

Brendelin Branch says her son had committed misdemeanor crimes, but never anything with a gun. She says police knew he had mental health and drug issues.