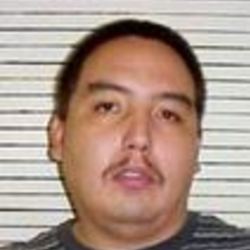 A Thomas man died Wednesday after being shot by a Clinton police officer outside the police station, authorities said.

The Oklahoma State Bureau of Investigation is investigating the shooting at the request of Clinton police. Benjamin Whiteshield, 34, was shot outside the police station early Wednesday, just after midnight.

OSBI spokeswoman Jessica Brown said family members drove Whiteshield to the police station after attempting to take him to the hospital because he was acting delusional.

Whiteshield then ran inside the lobby of the police station, Brown said. Officers tried several times to subdue him so paramedics could treat him and put him in an ambulance.

He was pronounced dead at the hospital in Clinton.

The officer who shot Whiteshield is on routine paid administrative leave while the OSBI investigates the shooting. His name was not released. The district attorney will determine if the shooting was justified.